In February 1964, Industry Serrature Alzacristalli Finestre s.a.s. was created in Mornago (Varese), on the initiative of two courageous entrepreneurs – Giuseppe Sessa and his son Massimo, from whose initial letters the ISAF brand takes its name.

In spite of the difficulties that the general economy presented at that time, conditioned by an atmosphere that was anything but propitious, the promoters of the company showed an uncommon perspicacity: not only in the choice of a sector of activity that was not nationally served – that of windows and locks essential to both railway and bus carriages – but also where to set up the initiative.

In fact, Mornago turns out to be a well-chosen location thanks to the available manpower – one of the most qualified not only in the Varese area but in Lombardy itself. 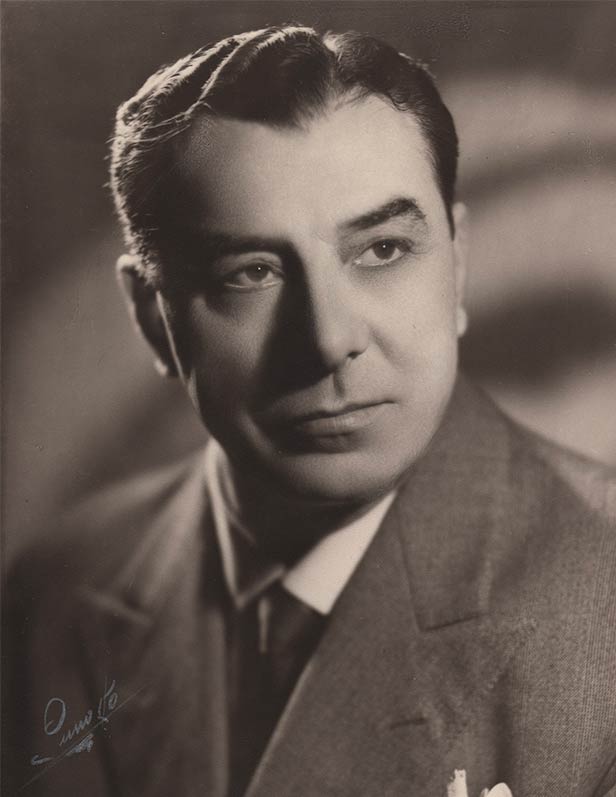 It is these happy choices that facilitate ISAF’s debut in the industrial world.

The first commitment of the initiators is concentrated in the railway sector by starting the production of all kinds of locks necessary for the internal and external doors of the carriages, as well as the production of windows. At the same time, efforts were made to give a first reliable image of the company and to create a sufficient financial base to invest in technology and quality: characteristics that require careful selection of raw materials and high precision of finishing treatments. At the same time, the “men” of the Company must grow and train: first of all the technical designer Massimo Sessa emerges, whose contribution decisively favours the specialization of ISAF, giving it a strong imprint as a leading industry in the construction of locks for railway carriages.

Once the structure of the company was consolidated, in 1969 the production began to embrace the sector of bus windows: revolutionary windows for that time, because the technique and use of “DELRIN” printed matter upsets all economic production criteria. In place up to that point. It is the period of the full success of ISAF, which with its original product immediately reaped market satisfaction; satisfactions embittered only by the grave loss of the founder and animator of the Company.

Giuseppe Sessa, who died in 1971 leaving his son Massimo at the helm of the company.
A task that is carried out by him following the path traced by his father with determination and undaunted. 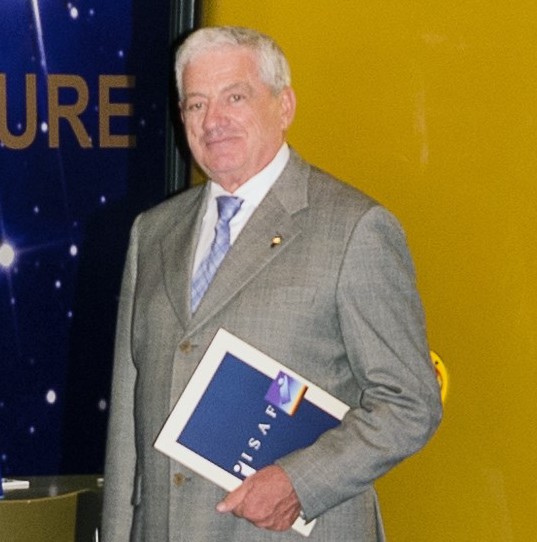 The production of automatic folding doors for buses made with single extrusion (monolithic) began.

The ISAF brand is now well known and established throughout the national market; to such a degree of leadership that the company was entrusted with the license of the Bode-Wegmann company (1978 – 1983) for the construction of automatic external ejection doors, intended for Line and Gran Turismo buses.

The success achieved now exceeds all market expectations, to the point of making it necessary to expand the fixed structures by building new warehouses and installing new production plants.

ISAF thus fully realizes the prospect of offering the bodywork sector a complete series of automatic doors that completely solve all the construction and production problems of the bodywork itself.

The foundations laid at the time are now very solid: the objective the Company aims at is no longer that of “what” to produce but of “how” to produce.

ISAF is restructured according to the most modern managerial techniques, EDP, CAD, marketing, control and organization of production and quality.

The product range now has its own well-defined physiognomy:

Electric outside swing doors for minibuses.

Some of the first door produced by ISAF. 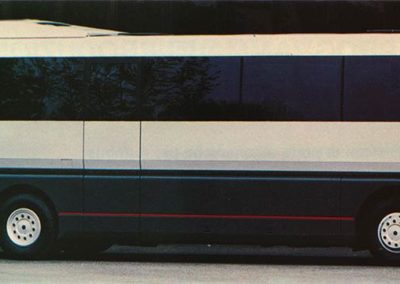 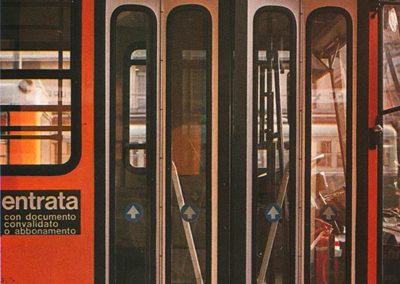 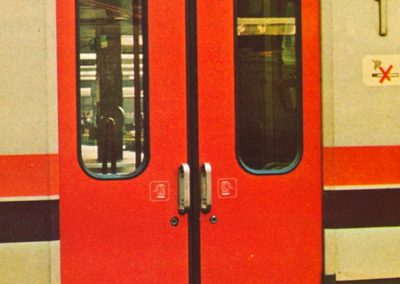 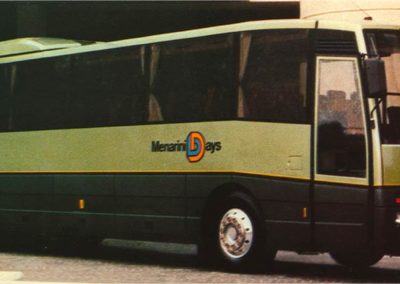 The 50th anniversary fell in 2014, which was not seen as a goal, but as a year of joyful reflection also to remember and thank the people who have gone through the history of ISAF.

In 2019, on the 55th anniversary of Isaf, an important handover took place. Mr. Sessa, having reached retirement age, left the reins and thus ceded his post as General Manager to his long-time direct successor, Mr. Turcatti Gianni.

Gianni Turcatti made his debut in ISAF in 19 … at the age of 14 and hasn’t left it since. He has worked for all these years side by side with Mr. Sessa, addressing all the critical or growth steps of Isaf

The post of General Manager is more than deserved. 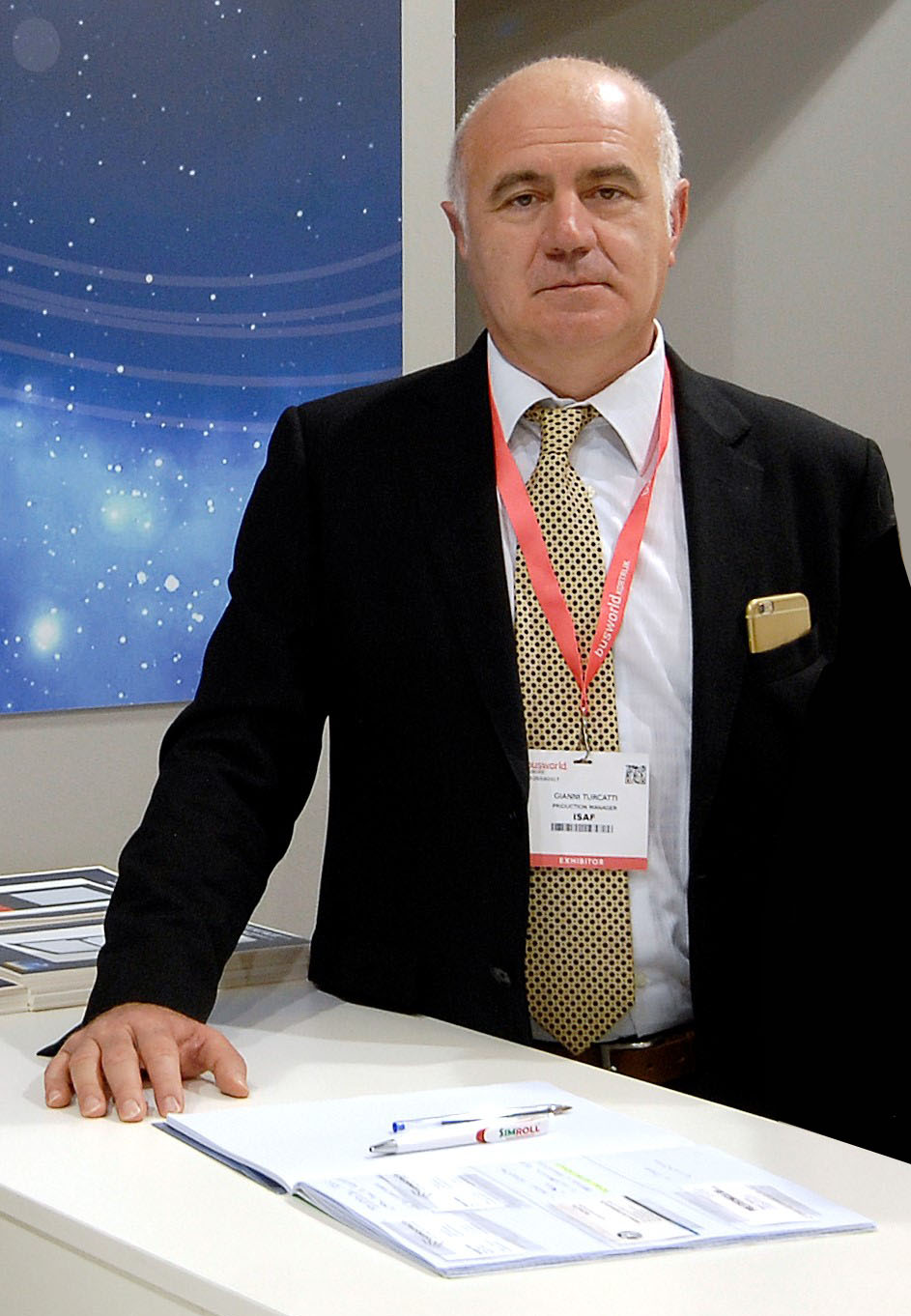 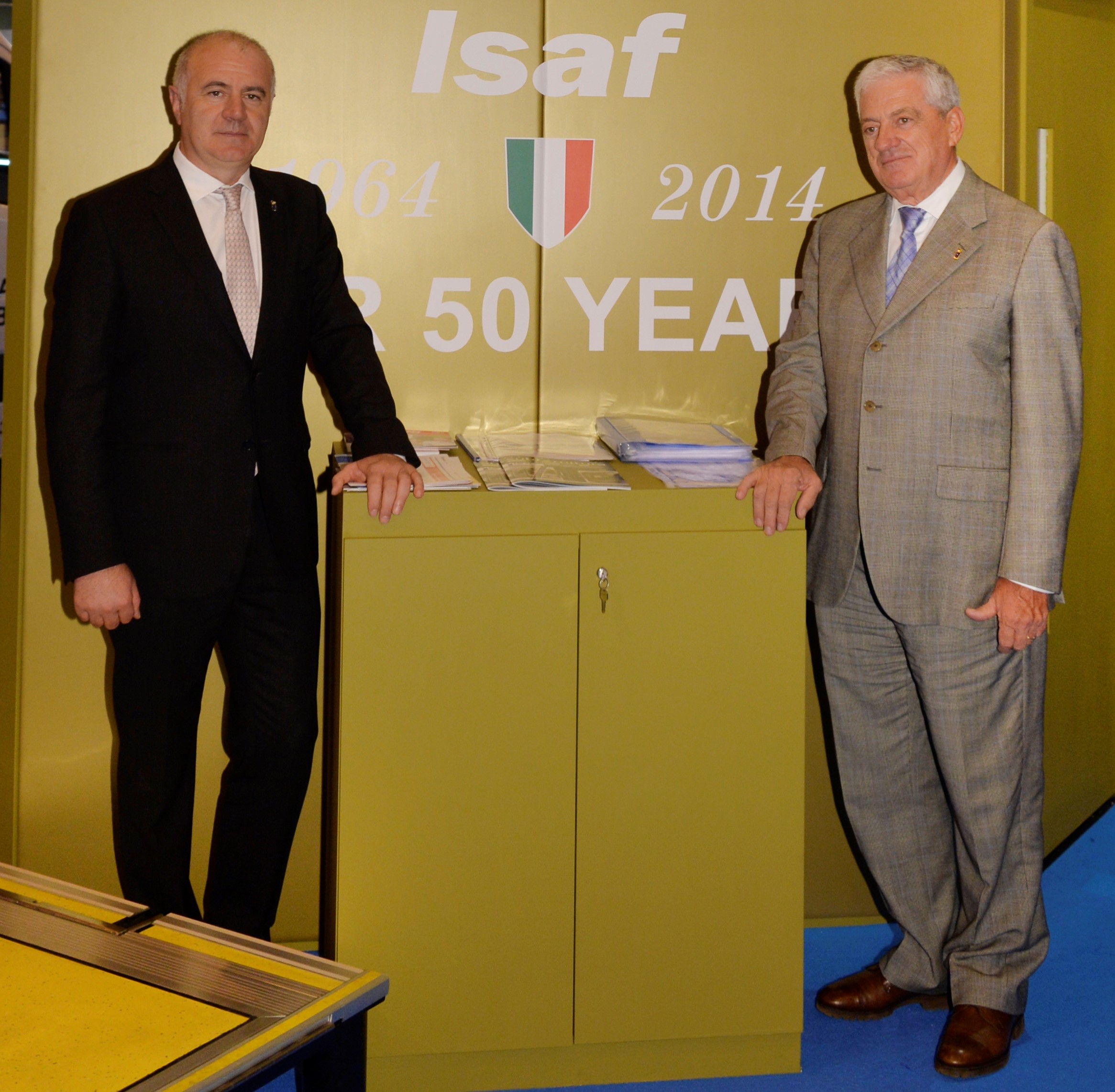 The history of the logo

The LOGO has characterized the ISAF product from the very beginning, which has followed the products in their technological evolution, assuming the most appropriate graphic lines at the time, up to the current modern setting: